A Fighter to the End Was Old Cap Streeter Streeterville is now a posh lakefront area bounded by Lake Michigan to the north and east and, roughly, Rush Street to the west and the Chicago River to the south. But 100 years ago, it was a wasteland that gave rise to pitched battles and legal skirmishes between the authorities and the eccentric man who gave it his name, “Cap” George Wellington Streeter.

Streeter served a spell in the Civil War before embarking on a colorful career as showman, circus promoter and Mississippi steamboat operator. Coming to Chicago in July, 1886, he bought a rickety old schooner, called it the Reutan and made frequent excursion trips between the city and Milwaukee. During one of those trips, a fierce storm led his passengers to take the train instead of the Reutan back to Chicago, leaving Streeter; his wife, Maria; and several crew members to sail on through the storm until, late at night, the boat ran aground just north of Chicago Avenue.

At daybreak, the captain found himself on a sandy, barren stretch of shore land. Judging it to be an ideal place, he and his wife decided to stay put, making their stranded boat their home and receiving permission from N. Kellogg Fairbank, the wealthy businessman who owned the land, to remain there until their boat was fixed.

At what is now the Northwestern University downtown campus, Streeter built a shack, named the surrounding area the “Deestrict of Lake Michigan” and, from an office he opened in the Tremont Hotel at the corner of Lake and Dearborn Streets, sold parcels of it to gullible buyers. The area, he said, owed allegiance only to the federal government, basing his claim on an 1821 military survey, squatters’ rights and some dubious documents allegedly signed by President Grover Cleveland.

Offended by Streeter’s shabby shack and his land-grabbing scheme, his lakeshore neighbors began to take steps to get him out of potentially valuable lakefront property. In July of 1888 five constables came with an eviction order but were driven off at gunpoint. The next month several officers in a surprise visit caught the rifle-toting Streeter off guard. “Now we gotcha,” said one officer triumphantly. But just as they were about to lead him away, Maria emerged and threw boiling water from a kettle at the bluecoats. Streeter then grabbed his rifle and sent the lawmen fleeing. Another time, Streeter’s self-appointed “military governor,” William Niles, fired several shots at the buggy of a police captain. The next day a contingent of 500 officers came to arrest the old man once and for all, but the officers were met by an “army” of hobos and squatters who tried to repel the attack with rocks, stones and clubs. Streeter was eventually arrested, but he was released the following day because, according to historian Emmett Dedmon, firing at a police officer was not then considered a crime.

Two years later Streeter was found guilty of killing John Kirk, a night watchman, for allegedly trespassing. After serving his nine-month sentence in the Joliet penitentiary, he went right back to his shanty, and the struggle to evict him began all over again.

By then Streeter’s Deestrict had become a favorite watering hole for a number of Chicagoans seeking to quench their thirst with booze supplied from his shack – even on Sundays. Invoking Sunday closing laws, Mayor Bill Thompson ordered a raid that ended up with the police seizing hundreds of beer bottles and burning the shack to the ground. “This here is an outrage,” said Streeter. “It’s worse than the Kaiser ever did. I’ll have the law on ’em.”

Streeter then turned to the courts to win legal recognition of his claims to his Deestrict, continuing his struggle until he died of pneumonia, at age 84, on Jan. 24, 1921.

Picking up the fight, his second wife, Elma (Marie died in 1903), in 1924 filed a claim of a billion dollars against 1,500 lakeshore property owners for the loss of what by then had become known as Streeterville. By the time she died in 1936, many other Streeter heirs had also submitted their own claims. Not until 1940 did Streeter’s fight finally end when the last of the claims were dismissed in federal court. 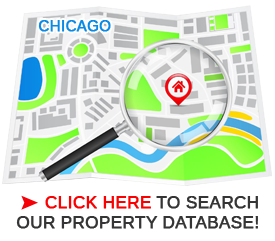 For Sale By Neighborhoods

For Rent By Neighborhoods